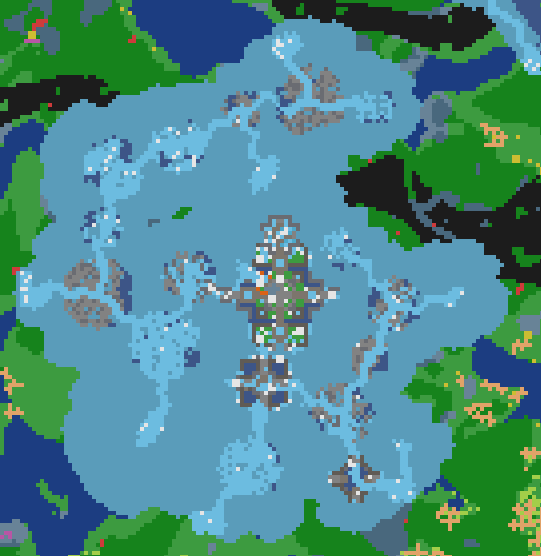 The Main Mold Dungeon is an oversized Mold Biome area in Azeos' Wilderness. It is a randomly generated dungeon maze enclosing a unique Scene.

The focal point of this central scene is a giant dead bug, covered in mold, that appears to have broken into an old temple area. It seems to have been slain with a

Poisonous Sickle that remains embedded in its head, which can be removed and used.

This scene also contains the only

Mold Wells in the world - 4 in total. Plus many

Mold Pillars and unique mold infected trees. At the top of the scene is a

Mold Covered Chest containing low value loot, including a Recall Idol to take a player quickly back to The Core. 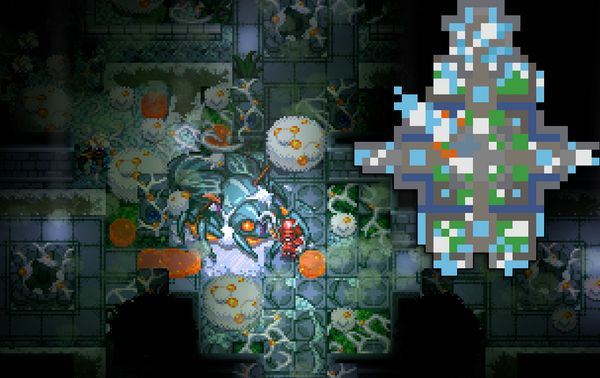 Composite image including a cropped map view of the whole Scene.

The Main Mold Dungeon is generated around the MoldDungeonMainTemple Scene. This is spawned within the Wilderness, at a random angle on an arc 750 tiles from The Core. So, like boss spawn locations, its position is fixed at world creation.

To find it, explore the Wilderness along that arc, about 50% further out than the edge of Azeos' Wilderness biome. That's roughly halfway between the distance of Azeos and Ivy boss spawn locations.

This can be made far easier by using Map Tool (3rd party website) to follow a color coded ring drawn on your own map. "Click for Directions" at the top left of their page, for instructions on how to open your map file.

As you can see, the main mold dungeon is about twice as big as any other mold biome area. So, circumnavigating half way around should let you know if it's the right one. Before spending too much time fighting through the Infected Cavelings and Mold Tentacles. 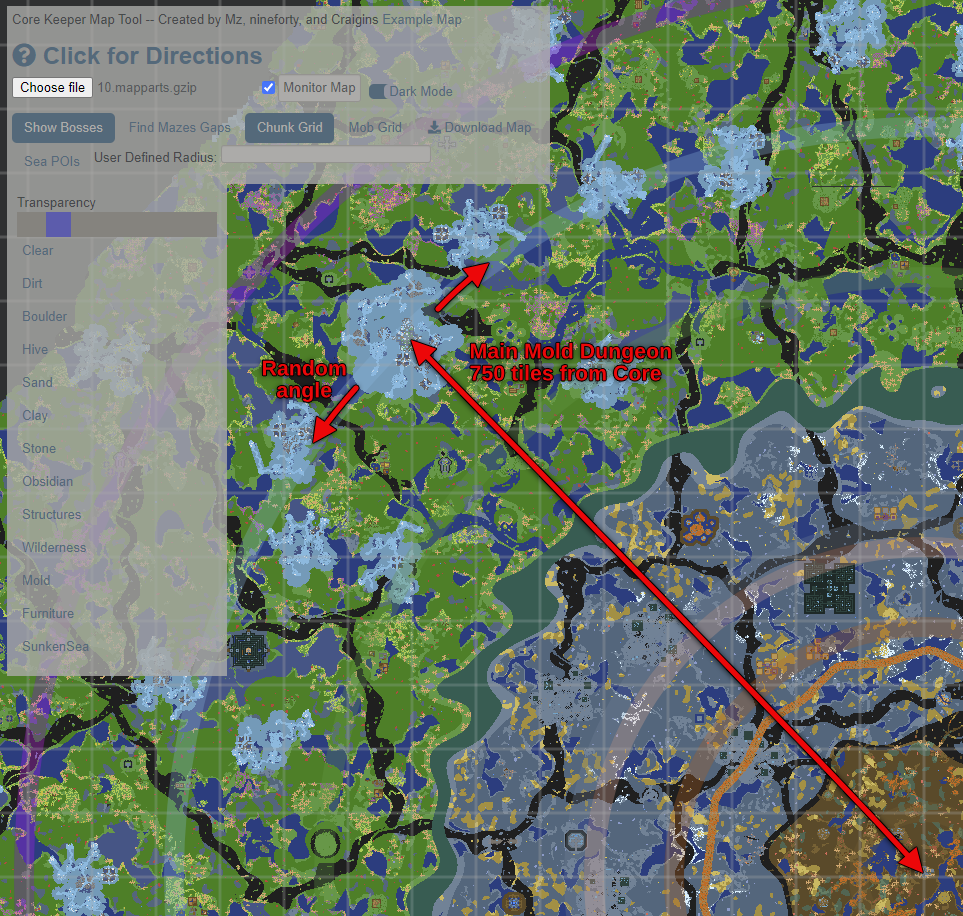 Annotated screenshot of Map Tool, showing the distance of the Main Mold Dungeon on his fully revealed example map.

For a guide to combat, see: Mold Biome#Strategy

Full area view of the central scene of the Main Mold Dungeon - composite of several screenshots: 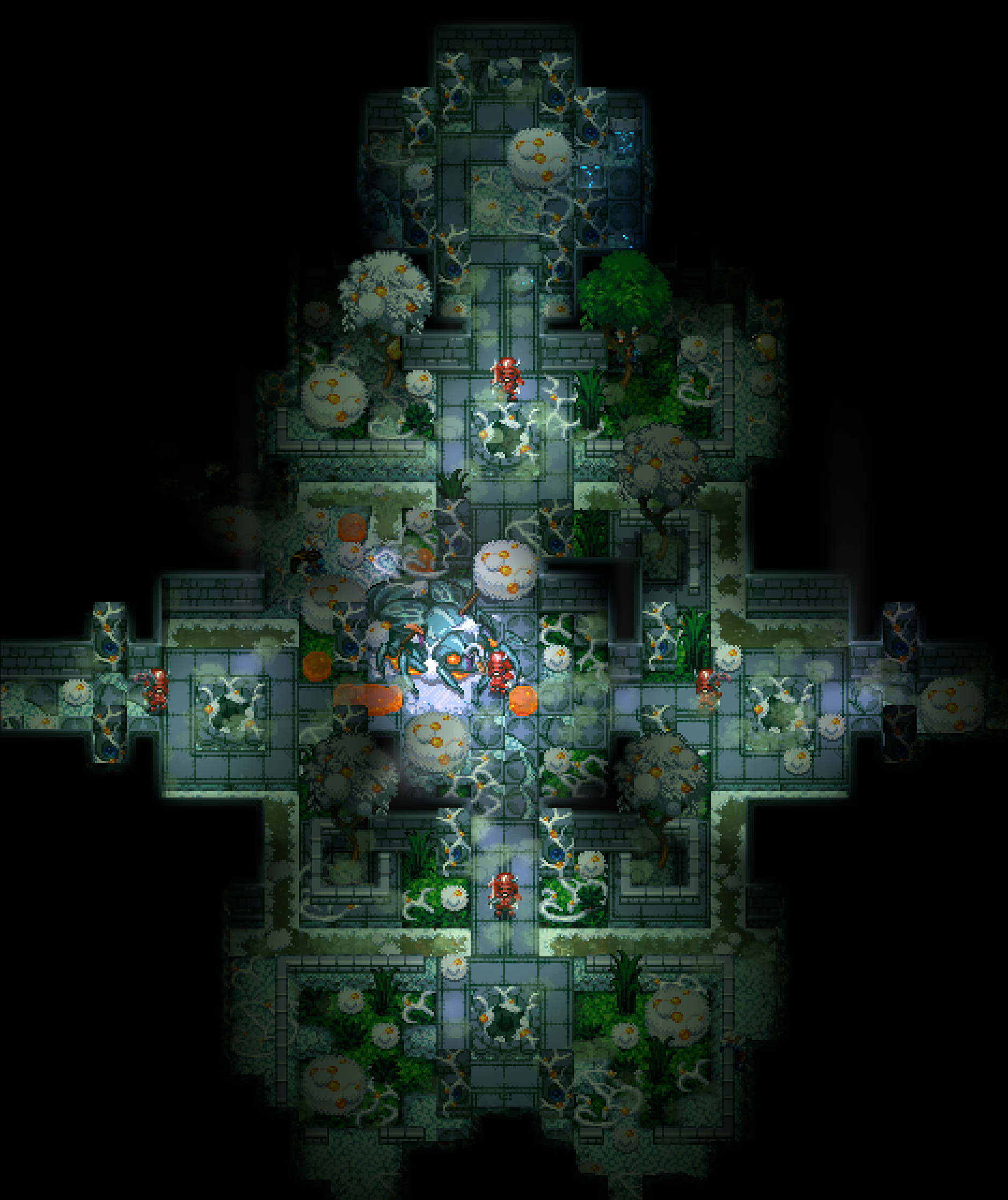